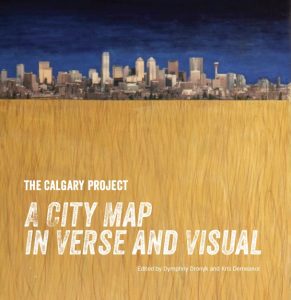 Mayor Naheed Nenshi is tremendously supportive of the arts. He’s done a cameo at the opera, he’s read to children, he’s contributed to books. He has even written a poem which was published in The Calgary Project: A City Map in Verse and Visual.

The Calgary Project was brought out through the auspices of the Calgary Poet Laureate program. The book carefully matches poetry and visual images, with a total of 90 separate contributions.  Under the editorship of Kris Demeanor (Calgary’s first poet laureate) and Dymphny Dronyk (a Frontenac House author nominated for the Gerald Lampert award), this wide-ranging, creative insight into the heritage and dynamic of Calgary. The project was briefly interrupted by the Calgary flood and delayed to include poetic and literary responses to this super-natural event.

Here is Nenshi’s poem. Happy National Poetry Month to all of you – from Calgary.

The Hats We Wear

The energy is in the ground a long way away.

But also in the air right here.

In offices so high the sky is even bigger than from the ground.

In clinics and factories, on shop floors and in the rehearsal hall.

In a thousand crowded lunch spots.

Sometimes all on the same menu.

Since we’ve figured out that simple thing. That one thing that has escaped so many.

Aaah, Sandburg. Your city can keep its big shoulders.

Ours are pretty big too.

But our dreams are bigger. 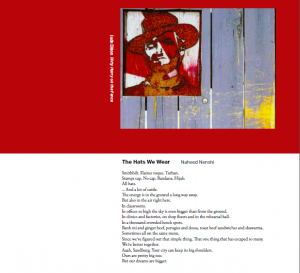